Another straight restoration of a worn model. This is a regular wheels to superfast conversion which will date the model to 1969 to early 1970’s.  Decals are after market.  Unable to remove discolaration from lower deck.  These models can be tricky to separate the rivet sits under the rear window, however, careful use of a small drill bit works!

Restored this Alvis Stalwart, after market decals and canopy aling with new tyres and axels.

While not in a terrible state, the GT-40 had seen better days. As the Gold/Black combination of this vintage Siku is quite common, a Blue version seemed more interesting. 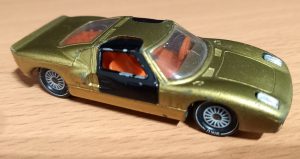 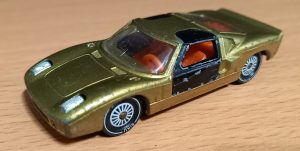 Acquired in a sorry condition with multiple paint chips, cracked rear window and damaged light unit (and no fire chief stickers), the model suffered an unfortunate accident while tapping for screws as the drill bit went through the boot. After sitting around for two years, the model has been restored as 70’s adapted car. The roof luggate is a replacement for a Matchbox Fiat while the boot now has a 70’s CB Aerial. Not the best customisation but one that solved several issues. Wheels were sourced from “no brand” model. 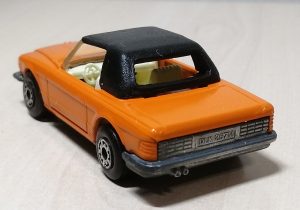 Charity shops often have Hotwheels and Matchox cars for sale. Many are “beaters” and restoration projects but occasionally have unusual cars with minor damage. Going rate is around Â£1.00 for three, at Â£0.33p each, a few chips are very acceptable. Pre-Christmas rummaging produced several good finds, but these McDonalds cars were the pick of the bunch. The two light up cars need new batteries as can be seen worked perfectly these were fitted. 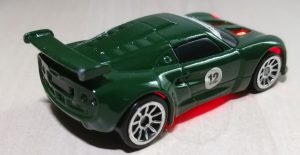 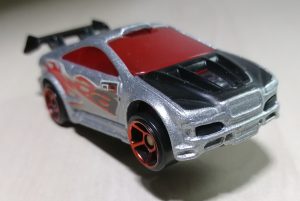 Just restored this Siku Mercedes-Benz 250, V309/1020 dating from the mid 1970s. Stripped and repainted. Base has been polished to retain original appearance. Original wheels.

TM Cruise Lines are close to completing the “Star Gazer 2” a Lego Mini Figure Cruise Ship. The ship is 1.8mtrs long, 85cm high and 48cm wide (as measured across the glass walkway) on top deck.

Star Gazer 2 has many features the discerning mini fig looking to “get away from it all”, these include:

All 38 Cabins have EnSite Bathrooms, many with balconies

Work to be completed includes fitting out the revised lower deck layout which will include shops, revised engine room, ships stores, post room and medical center.

1o. batman begins is so great must watch

9. the lego batman movie is better than batman begins from my piont of view but it is so funny it makes number 9 on my list

8. indiana jones and the radiers of the lost ark is a great film and harrison ford is the perfect choice for dr.jones

7.iron man it started it all and made the mcu what it is today

6. star wars the first 3 good films not the others. i did cheat a bit here but know one really cares do they as they all are great films?

5. captain america the winter slodier is a spy thriller with all you would like in mcu film

4. star wars the force awkens i watched this two times in the cinema and i love it but r.i.p han solo.

3. beauty and the beast 2017 is a really nice watch and gives you great performeces all round.

2. both guardians of the galaxy films are the greatest mcu films and they both needed to have a spot on my list

1. harry potter and every single film could make any favourite films list as it has heart great characters and all are great movies and books

5. finding dory right this was a last minute decision as I did have trolls here but I look back on both and I say witch movie would cheer me up and I said 100% finding dory

4.rouge one a star wars story. right a lot of my friends will have this at number one but even though they are right it should be number one it just is not as good as force awakens witch put me off in my opinion is better than this witch is why it is number 4

2. the magnificent seven one of the best action movie fight scenes are in this movie this is a must watch for the last hour and a half